i feel so guilty for neglecting TL-chan....=(
i know i usually post once a month, but i wasn't going to post this month...
but then it just doesn't feel right to not post something each month!! =T so i figured that i'll still try to post each month, but i'm going to only post a maximum of 10 most important/interesting things that happened recently and also only choose 10 best toma pics to post up. that way, it should take me much much less time 2 post. ^_~

(both selena gifs, credit: selena-gifs.tumblr.com)
the way i've always posted, there's way too much stuff anyway, right?? ._.
there's so much, that i guess most people probably don't read everything and then i just end up feeling like i wasted time gathering all that stuff for nothing. =T
oh, if you didn't already see my cbox msg a few weeks ago, because of some real life problems, i'll have less time to fangirl from now on. sorry! but it's more like i've been fangirling too much all these years anyway, so it's actually kinda nice to like, take it easy with the fangirling for now. hahaha. of course, i'll never leave the toma fandom,
no matter what (i still remember my promise of never ever leaving this blog!), but just bare with me for the time being, if i'm not here or at toma's room that much...but so far, i've been able to keep up with the fandom. whew...^^
remember that i still reblog toma stuff at my tumblr (tomaroom.tumblr.com) everyday/often, so the best way to stay up-to-date with toma stuff is to check my tumblr often. also, check out toma's room = toma-room.livejournal.com orikuta_toma.livejournal.com for toma scans, videos, news, etc.!! i still go to toma's room a lot too, even if i don't comment/post a lot anymore. ~_~
oh, and i want to thank all the active toma fans for keeping the toma fandom going!! and thank you, everyone that still comes here, even though i only update once a month. i love you!!!! ♥ *hugssss everyone* please keep supporting toma and this blog and toma's room, too!!!! ♥_♥

so, what's happened since the last time i posted? let's see...(btw, no one has translated toma's msgs recently. =T)
1~ TOMA HAS BEEN SPOTTED IN LONDON AND SPAIN THESE DAYS!!!! no idea why, but he was seen filming something with a camera crew on a street in london. I'M REALLY REALLY HOPING HE'S VISITING DIFFERENT PLACES IN EUROPE TO TAKE PICTURES FOR HIS 1ST OFFICIAL PHOTOBOOK!!!!! *__* but it's probably just for a commercial or something. =T but i'm glad he gets to do some traveling, even if it's for a work thing. ^____^ fans in europe, keep an eye out for toma these days!!! xD

(credit: tomafanindia)
2~ TOMA AND HIS YOUNGER BROTHER, RYUUSEI (or ryusei? not sure how 2 spell it. xD) were on the same tv show!!! warratte i guess. they were both so embarrassed/awkward when they first stood next to each other. xD awwwwww. and later, ryusei was saying something about him that annoyed toma and he yelled at him to stop saying that, like he showed his big brother side!! hahaha... (thanks to himawariyusuke for the info!) and also, ryusei's a little taller than toma! =P oh, here's a short video clip of when they 1st said ryusei is toma's brother and they talked a little right after toma came out with yuriko. http://tomaroom.tumblr.com/post/19923241208/tomafanindia-i-cannot-get-enough-of-this-d

(credit: tomafanindia)
4~ yuriko poked toma's nostrils!!!!
seems like she did it to him while filming BRI too.
(see her doing it here: http://24.media.tumblr.com/tumblr_m0rropltN31qkk6vzo1_400.gif, credit: tomafanindia) now i guess this made a lot of people think they must really be dating, or else why would they keep teasing each other like that. but i agree with what toma143 (i think) at tumblr said, that the way they joke around with each other is more like the way siblings mess around with each other.
as for me, i think maybe toma gets along with her cuz she's kinda a tomboy and that's why they seem so close. not cuz they're dating, but cuz toma is comfortable hanging out with her cuz he thinks of her as one of the guys. LOL. :D:D:D i know people are gonna say that i'm in denial cuz i don't want toma to be dating anyone. but it's not like toma has never teased or joked around with his other female co-stars. so unless there's real proof, like a picture of them kissing or they announce that they're dating, i'm not gonna jump to conclusions.
ok, sorry that i'm always trying to prove why they're not dating, but it annoys me when so many people keep saying they are just because they seem kinda close. =/ well, of course they're gonna try to be like that, so they can help promote the movie, right?? and please don't think i'm one of those fans who wants my idol to be single forever!! -__- i don't mind toma dating, just because i don't particularly like yuriko, so i hope it's not her. *sigh* (credit: beabeabeybey)
5~ kavya posted some links to watch some of toma's recent tv appearances at tuduo. *_*
i don't like having to download video clips, so thanks to her for these links!!
http://toma-room.livejournal.com/77785.html

6~ recently, himawariyusuke has kindly translated/summarized the highlights of toma's interviews/tv show appearances!! ~___~ go to her LJ to read them: http://himawariyusuke.livejournal.com/. (credit: memo_toma)
7~ memo-chan has started a brand new LJ community for sharing toma's video clips, so you should join it now!! http://mt-memo.livejournal.com/ (credit: tomafanindia)
10~ toma and yuriko were special guests at some kinda fashion show?? ^^ their outfits were kinda funny-looking, but it's still cool to see toma on the catwalk!! xD some screencaps and a super short video clip below:
http://tomaroom.tumblr.com/post/18854140501/tomafanindia-promotional-campaigns-credits-as
http://tomaroom.tumblr.com/post/19063336703 these are my favorite!!!!! so gorgeous~!!!♥
the 1st photoshoot with his new cool hairstyle!!
i wonder if i can buy this magazine, but don't even know the name of it yet. xD this is 1 of the prettiest pics from the official Bokura Ga Ita guidebook!! i keep looking for this book or any kinda BRI-related stuff at the bookstore at mitsuwa, but there's nothing. T__T *sighhhh* you can DL the whole thing here:http://ikuta-toma.livejournal.com/733216.html (you can also see a lot of pics from it, although not in HQ, at xyami's tumblr.) this is from h&c times, but i just love how cute toma was on this show!!!!♥

p.s.
i recently posted some cute toma nakatsu moments from the hana kimi sp. i really loveeeeee his cool hair in the SP!! xD this one got the most notes, but please check out the other ones too (use the "nakatsu" tag!):
http://tomaroom.tumblr.com/post/19682374951/the-best-thing-about-makis-speech-scene-was-toma
P.P.S.
also, toma had a cute/kinda awkward moment with a little girl, when they had to reenact that scene from Titanic. xDDD watch it here: http://tomaroom.tumblr.com/post/19922270766/tomafanindia-of-love-and-betrayal-xd-i-dunno.

i'm amazed you were able to post something here.. i thought you wouldn't! i feel so happy reading it! :D i hope you find the time to give these quick updates in the future too! ^^ Btw, the name of that magazine you love is 'MORE' :D and the text and the font this time looks much prettier, and you are organized as ever before! :O Oh, and toma is back in japan btw, his updated jweb came yesterday and he mentioned he was in some place in hokkaido.. :D

hi kavya! yeah, i really really didn't want March to go by without a new post, so i managed 2 make time to do this post!! it takes much lessss time than be4 since i cut down the info and pics i would share. ~_~ thanks! cuz i used LJ to format the post, so it looks much nicer!

ohh. thanks! MORE. =/ that magazine is not sold at mitsuwa and not at yesasia either. i guess i can special order it at mitsuwa if i really really want it, but let me think about it and wait for other photoshoots...xD

yeah, since his photoshoots are getting better, i think it's wise to wait xD

yayy i'm happy you're posting here.
i love this blogg. i'm mariam by the way(stalking XD)
i'll try and come here and check for old news because i'm a new fan, so XD
i love the pictures you put(your favorite pics) in this entry. do you know where to find them with their real sizes?
also, i'm being lazy with icons. Toma is so hot that i just keep stares at the pics rather than creating things...XD(lame excuse!) haha.
so...do you have any request?? like..what type of icons/wallpapers would you like? (i can't do animations D: )I could do them for you :D

kavya~
yeah, and i'm hoping for a super good photoshoot where toma is on the cover too...

mariam~
hi! =D when u 1st talked 2 me at tumblr, i thought that u only knew about my tumblr and not this blog, but u do know about it! awesome! ~_~ yes yes, there's tons of info and pics and everything about toma here. i always wanted this blog 2 be a place where new fans could easily find info/pics/etc. about toma! :)

oh, most of the pics, u can get them in HQ from the links i already gave you, at ikuta_toma or toma-gallery at LJ. but some of them, there are no HQ versions.

lollll. xD yeah, toma's pics can be so distracting. oh wow, thanks for the offer, but i can't think of anything specific that i'd want right now. why don't you just look at the most recent toma scans and use whatever you like? i love the toma-in-the-beige-cardigan newest pics, but that's only the preview pics, no HQ yet.

* * * link to the picture in this banner, taken by: jeffsmallwood 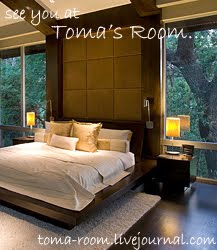 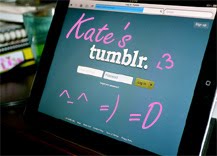 thanks 4 visiting, ALL TOMA FANS!!! 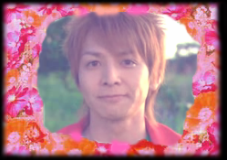 purpose of this blog:

a place for toma info, news, pics, links, my thoughts/comments about him/his dramas, etc. I hope this blog will help toma fans stay updated with what he's up to and find out more about this TRULY TALENTED & INCREDIBLY CHARMING & CUTE artist who is IKUTA TOMA (生田 斗真).
-kate`* (10.8.07)
(~~~u can go thru the BLOG ARCHIVE below 2 find lots of TOMA info/links/pics/media,etc.!!~~~ i posted a lot of general info about him around october-november 2007!)

*No copyright infringement is intended.*

Toma Love! has no affiliation with Ikuta Toma, Johnny's Entertainment, Fuji TV, TBS, etc. All contents on this blog are copyrighted to their respective owners. No copyright infringement is intended. All rights reserved.
This blog was created so that Kate can share her thoughts about Toma or Toma info/news/etc. with Toma's fans.

And of course, to help promote Toma and spread the TOMA LOVE! <3 This blog does not generate any income. Images and news are the copyright of the appropriate owners and are used without prior permission in line with the fair use exception of the Copyright Act for news reporting purposes.

cute + stylish clothes from Japan!! (ships in the USA only) 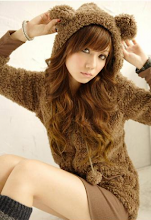